After the Great War, the grand city of Edenmoore, in the land of Aughmoore, was built as the Capital City and factions from all over the world came to call this city their new home. At last, the world was at peace…but not for long. A great storm is amassing on the fringes of Aughmoore, and in that encroaching darkness, there be demons.

In Tiny Epic Defenders, players work together to defend Aughmoore from the hordes of attacking Enemies and ultimately defeat the Epic Foe. All players win or lose together.

What’s new in the 2nd Edition:
• Revamped gameplay – Many rule changes have taken place to re-balance and enrich the game, including new character powers, new powers for Outer Regions, and completely redesigned Epic Foes, along with many subtle changes to the setup.
• All new art – Completely redesigned to get in line with the current art direction of the Tiny Epic line.
• ITEMeeples – Items have been redesigned to be permanent additions and this is artistically represented with ITEMeeples. 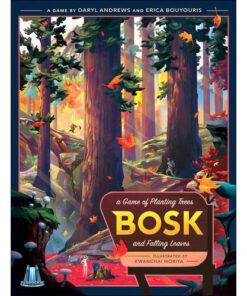